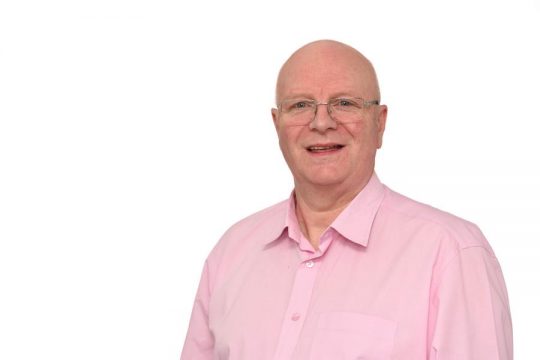 An established care company in Telford has left the franchise group it launched under and will invest £250,000 in improving services and expanding across Shropshire.

Steve Harris set up Carewatch (Mid Shropshire and South West Staffordshire) 16 years ago but this week he has bought out the franchise and will run his Stafford Park-based firm as a standalone company, Sentinel Care Services.

Mr Harris has made the move in order to further develop technology in care, expand the area he serves and offer more services.

He said: “We are moving ahead faster than Carewatch currently allowed us to do so.

“Over the last year or so we have introduced paper free working for our staff with the launch of an app and we are exploring the possibility of more assistive technology for our customers, this was signed off by Carewatch but I feel as a standalone business we can provide much more and change the way we work.

“Our aim is to become a reactive domiciliary care company where we go to our customers when they need us, not for the half-an-hour or so scheduled on our timetable.

“We also want to expand beyond our territorial boundaries throughout the county, which we were prevented from doing so as part of the franchise group.”

North Shropshire areas such as Wem and Mr Harris’ home town of Whitchurch are a target. The company also covers parts of Staffordshire and Mr Harris hopes to expand into Stafford and North Cannock as well over time.

This month’s development will see his company completely rebranded with a £250,000 investment in new products, services and switching to the new name Sentinel Care Services, a new logo, new uniforms and website.

He believes the rebrand will be phased in over three months but insists it will not affect any current contracts he delivers.

“We work with both Telford & Wrekin Council and Shropshire Council as well as public authorities in Staffordshire and private customers in both counties, none of their services will be affected by this move,” he said.

“We will continue working in just the same way we do at the moment with the same staff but the name of the firm will be different.

“It will actually mean an improved service for our current customers as we start to introduce more assistive technology and provide nursing care too, we want staff who are qualified to administer catheters, injections and the like, which we were previously not able to do.”

Mr Harris was the last person to buy a franchise from the original owner of the Carewatch brand when he set up in 1999.

He has since run a dedicated training company to encourage staff to gain qualifications and improve their possibility of promotions.

Under the Carewatch (Mid Shropshire) brand his company won a number of awards, such as Business of the Year and Recognising National Care Organisations’ Contribution in Shropshire, Telford and Wrekin.

Most recently carer Rob Cartwright, of Much Wenlock, was named Carewatch UK care worker of the year and Mr Harris said he is looking forward to competing for awards with a new company name.